A Quick Guide To The Different Types Of Prostate Cancer Surgery

Prostate cancer is a common condition that affects many men, and surgery is one of the most common treatments for it. However, not all prostate cancer surgeries are the same. Each type of surgery has its own risks and benefits, and it's important for patients to understand the different options available to them. They all pose significant upsides because of how horrific prostate cancer can be if left untreated, and you should always talk to your specific doctor about any procedure beforehand, but here is a brief examination of three of the most popular types of prostate cancer surgery.

Radical prostatectomy is the most common type of prostate cancer surgery. It involves the removal of the entire prostate gland and some surrounding tissue. This surgery can be performed using open surgery or laparoscopic surgery. It is an invasive procedure that carries a risk of complications such as incontinence and impotence. However, most people do not struggle with these issues for long, and the benefits of totally eliminating the chance of prostate cancer returning to the prostate itself is a major bonus. If you are healthy enough and eligible for this procedure, then there is no reason why you shouldn't go for it and trust the professionals.

Cryosurgery, also known as cryotherapy, is a minimally invasive procedure that uses extreme cold to destroy the cancerous cells in the prostate. It is performed through a small incision in the skin and does not require hospitalization. Cryosurgery carries less risk of complications than radical prostatectomy, but it may not be as effective in removing all the cancerous cells. However, it is fantastic for patients with low-risk prostate cancer or for those who catch the disease early on. It is much less demanding on the body than other surgical options, which also makes it great for older patients or those with other medical concerns.

Brachytherapy is a common type of radiation therapy that involves the placement of small radioactive seeds directly into the prostate. Sometimes the seeds are left there for good if they do not affect the rest of your body, while sometimes, they are removed later on. It is a minimally invasive procedure that is performed as an outpatient procedure. Brachytherapy also is less risky when it comes to complications than radical prostatectomy, but it may not be as effective in removing all the cancerous cells, which is why it is also used on prostate cancer that is not spread out or as developed. 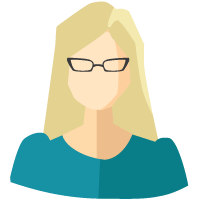 Yo! Welcome to my blog. The most important thing you have in life is your health. You can have a big car and a nice house and a great career but without your health, all of this is worth nothing at all. I didn't realise this until my dad became unwell and a man who seemed like a giant among the men of this world was suddenly stuck in a hospital bed. I nursed my dad and supported him throughout his recovery. During this time, I learnt a lot about the health and medical world. I hope you like this blog.